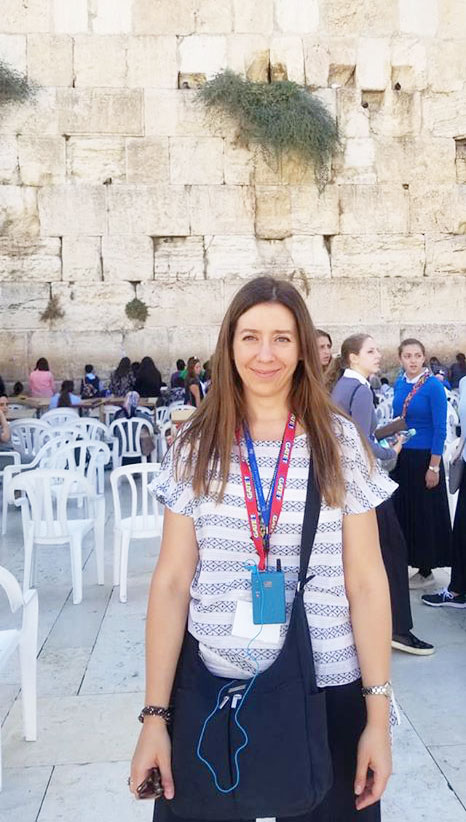 I am so blessed that I was able to go to the Aglow 2019 Convocation in Jerusalem and the following tour in Israel. This was actually my third visit to Israel, but my first with Aglow. I have wanted to experience it with Aglow for years, and knew that this “Right Time” Convocation was indeed the right time for me.

The biggest difference I noticed between this and my previous trips was the worship. From the Convocation in Jerusalem to the boat rides on the Galilee, we worshiped as we went about the land, and there is just something special about singing praises to the Lord right from Israel. We prayed as we went, as well. One of the most impactful opportunities for prayer was at the Lebanese border at Rosh Hanikra. We were able to put our hands through the gates and pray for Israel’s neighbor to the north.

As people have been asking me about the trip, particularly the things that made the biggest impact on me, I’ve put together a list of thoughts I’ve been processing since I’ve been home.

Several years ago, I was fortunate enough to attend an Aglow seminar called Watchmen on the Wall for Israel (WOW for short). It is something I would recommend that everyone in Aglow should do, at least once, because it is so full of useful information regarding the topic of Israel. On this trip, one of the most special moments for me was standing on Mt. Scopus, overlooking Jerusalem, and taking an oath to pray for Israel as we (several hundred people who had attended a WOW) were being commissioned as a Watchman on the Wall for Israel. It was a simple little ceremony with a big spiritual impact. I believe in many ways, it encapsulates everything about the Aglow Israel experience, to me. It’s not just about a tour. It’s about a commitment to the land and the people of Israel.

I always encourage anyone who has a desire to travel to Israel to go. It is not something I could imagine anyone regretting doing, and as a Christian, it is something that would absolutely be meaningful. Even if you’ve gone before, consider going again, and with Aglow. You’ll feel right at home among the Aglow people, and there will be many opportunities for God to touch your heart and bless you.