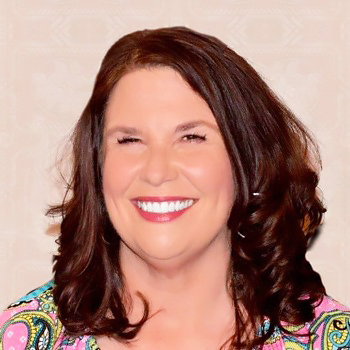 I knew I couldn’t put her off anymore. She’d already invited me over and over, and I was embarrassed at the lameness of my excuses. Ever since I’d gotten saved and Spirit filled and been attending a Bible study for college students, my Bible study teacher, Jeannie Melendez,  had been inviting me to attend a meeting of some group she was a part of called Aglow.

Shelly MoralesI knew I couldn’t put her off anymore. She’d already invited me over and over, and I was embarrassed at the lameness of my excuses. Ever since I’d gotten saved and Spirit filled and been attending a Bible study for college students, my Bible study teacher, Jeannie Melendez,  had been inviting me to attend a meeting of some group she was a part of called Aglow.

I didn’t really know what Aglow was, but I pictured old ladies with white hair and white shoes knitting scarves or something. Jeannie told me they were radical but in a nice way. I thought it would probably be boring, but to tell the truth, I was also scared. I was so new to the things of the Spirit that I knew almost nothing and I didn’t want to stick out with my lack of knowledge, but I loved Jesus with a desperation that consumed me, so I agreed to go to my first meeting. I was eighteen years old and tired of the things of the world.

I didn’t knit anything at that first meeting, in fact no one knitted anything, and although they were in their thirties and forties and twice my age, they worshipped the Lord the way I wanted to in my heart. I joined in. The love and acceptance they showed me that first meeting has set the pattern for all the many years to come in Aglow. Aglow people always have welcomed me, loved me, and as they got to know me, they nurtured me and the giftings the Lord put in me and called me a leader even as I feverishly ducked any offer of an office or title.

“Learn to say ‘yes’ to the Lord. We’ll help you. If the Lord calls you to something, He equips you, no matter your age or level of training,” the president of the chapter assured me.

I told her as long as I didn’t have to speak in front of people, I would help out as a recording secretary, which meant taking notes at meetings, since there was no one else to take that position. I knew I could fill that spot until the right woman came along. I thought I had reached the apex of my calling when they made me vice president, still assuring me I didn’t have to talk in front of anyone if I didn’t want to.

I cautiously moved into that office and was just getting comfortable with it when the president announced she and her husband were moving. “Who will take your place?” I asked her as we sat in her living room with the other board members. I looked at her, but all eyes were on me as she explained the vice president took over if the president had to leave office.

Although I had never envisioned a twenty-two year old me in that role and was very happy to be behind the scenes, I knew deep in my heart this was what the Lord had for me. The leadership materials Aglow had were excellent and I learned so much as I soaked them in.

What helped me to keep saying ‘yes’ as the Lord opened more doors for me to step through in Aglow was how safe I felt in learning and growing in leadership. I loved my local church, but they had neither the time nor resources to develop me the way Aglow did. Aglow women saw giftings in me I would never have seen in myself and didn’t let me sit on them idly in the corner, but actively drew me out of my shell to use them.

The ministry of Aglow is like none other in all the earth. My first invitation to Aglow came when I was 18 and newly baptized in the Holy Spirit. I was so scared I trembled at that initial meeting, but those Aglow women loved me, taught me and discipled me in a way my local church wasn’t equipped to. When I was too shy to even greet people coming in the meeting room door, Aglow taught me boldness. When I was unsure of my spiritual giftings, Aglow opened my eyes to them and then gave me a confident, loving place to move in them. No other ministry was positioned to do this.

I’m now in my 37th year in Aglow and nowhere else could I have gotten the teaching, training, and support to move out into my calling. I started out as a shy person who couldn’t speak in front of others to now serving as the U.S. Central Region Director. This once reluctant introvert uses the game changing tools Aglow has taught me to become a fierce warrior, taking the fight to the heavenlies. Aglow doesn’t fear the enemy in the dark times in the world today, but the enemy panics in fright at Aglow. I don’t brag on me, but I boast in the Lord that the world will be changed because of what He’s done through Aglow in me.

There’s a place for young people in Aglow to be trained up in the same way I was. And if you’re new to Aglow, new to leadership, and maybe shy like I was, I’m going to echo what I was told so many years ago. ”Learn to say ‘yes’ to the Lord. We’ll help you. If the Lord calls you to something, He equips you…”